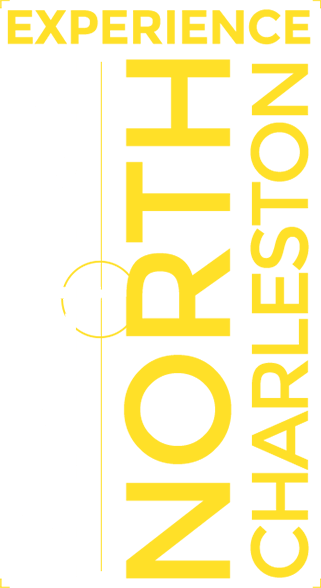 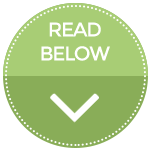 It was my back-from-my-business-trip greeting to my husband, Robert, and kids, Olive and Julian. I’d attended a conference at the Charleston Area Convention Center, and immediately recognized the city as a place I wanted to explore with my family. As a bonus, some friends, Abby and Ben Scott, lived there with their kids. We hadn’t gotten together as a group in a few years, and I only had enough time to grab coffee with Abby during my previous visit.

Abby squealed when I called her on the phone to ask if they were available around the time Disney On Ice would be in town. When Ben asked what was going on, I heard him say “awesome!” in the background.

Located about 12 minutes from downtown Charleston, many visitors may only experience North Charleston via the international airport or the interstate on their way to the Charleston Peninsula. That’s too bad, because the Scotts told us that their city offers a vibrant mix of attractions, neighborhoods, parks, nightlife, restaurants and more. It’s South Carolina’s third-largest city, after all. I was excited to explore more than what I’d already seen.

Olive and Julian arrived with more than a little bit of energy stored up, so Robert texted Ben to meet us at our hotel with Abby and their sons, Brandon and Brian—the kids could blow off some steam while we adults enjoyed cocktails from our lounge chairs. We stayed near the Tanger Outlets and North Charleston Coliseum, and Abby rattled off an amazing mix of local and chain restaurants for us to check out when we weren’t dining at their place.

Afternoon quickly faded to evening as our two crews chatted and caught up with each other, laughing at old stories that never seem to get old. Luckily, we knew that dinner was merely a walk away.

The weather during our visit was amazing, so we spent plenty of time outside. We’d discovered a Men’s Journal article about Park Circle, which they said is one of the Southeast’s best neighborhoods.

“We’re there all the time,” Ben said.

Walking around the quaint downtown (known locally as Olde Village) was fun, and we crossed paths with lots of young families biking, dining and soaking up the sun.

“Is this where you spend your weekends?” Robert asked.

“Here and Riverfront Park,” Abby said as she led the way to it.

Studded with grand, shady live oak trees, the park offers scenic views of the Cooper River, playgrounds and an amphitheater for events (the day we were there, a nonprofit organization was hosting a food festival). We enjoyed hanging out and playing in the sunshine.

North Charleston is the No. 1 retail destination in South Carolina, so don’t miss out while you’re here. Discover a shopper’s paradise at the open-air Tanger Outlet Center with its hot-brand factory stores like Tommy Hilfiger, Coach, Cole Haan and Lucky Brand Jeans, but that’s just where the fun begins. Next, the Northwoods Mall beckons. Along with traditional big box stores and food options, discover gadgets at As Seen on TV, trends from Belk and a wide variety of gift stores. You’re not done yet. Sprinkled throughout the city, explore one-of-a-kind boutiques that are way too fun to pass up, including The Pink Crocodile. At this colorful shop, you’ll find the latest in women’s fashion alongside crafts and can’t-resist knick-knacks.

For all the treasures in North Charleston, you might want to pack an extra suitcase.

There’s no shortage of foodie-fabulous restaurants in North Charleston. For highly acclaimed Southern fare, Bertha’s Kitchen is here to serve. You haven’t tried fried chicken until you’ve tried Bertha’s. Crispy on the outside, moist on the inside, this flavorful favorite comes fresh and hot. Mac ’n’ cheese, okra soup and sweet, moist cornbread complement the fan-worthy fried chicken. To get in touch with your Irish side any time of year, check out Madra Rua Irish Pub. Try lobster bisque and a draught pint of Guinness or a local brew. For “the best fish & chips west of England” served with a pun, stop by The CODfather. The chips are artfully seasoned, the fish is crisply battered and it’s all made to be bathed in traditional vinegar or house-made tartar sauce.

With magnificent food all across North Charleston, be sure to bring your appetite.

Between all the shopping, eating, sporting and sight-seeing, you deserve a cocktail hour, and North Charleston serves it up. Start at The Brew Cellar—an intimate bottle shop founded by a pair of friends with a passion for the craft of beer, and it packs big variety for its intimate size. You can chill out sipping suds and playing board games, or fill a growler to go. Once you’re feeling the heart of the hops, find your way to Freehouse Brewery. Here, you’ll find organic beers with locally-sourced ingredients. Also with organic-ideals, COAST Brewing Company is a family-owned craft brewery with emphasis on sustainability. For the sommelier in your group, Accent on Wine brings out the fun of exploring new wines as well as craft beers. With expert staff eager to educate, the experience is rewarding on all fronts—especially on the palate.

North Charleston is a craft brew hot spot—check out the brew tour.

For those who’ve served

Riverfront Park abuts the Former Navy Officers Housing Area and was constructed over part of the old golf course used for the officers.

My dad served in the Navy, which Abby knew, so she was excited to show us the Greater Charleston Naval Base Memorial, which also resides at the park. Alongside the Cooper River, the memorial features a sweeping wall built to resemble the side of a ship, and the “Lone Sailor,” a seven-foot-tall bronze statue, a particularly memorable tribute to the people who have served and currently serve in the Navy.

It was a stunning setting, and the Scott kids were eager to ask about my family’s history, while Julian and Olive couldn’t believe all that ol’ grandpa had done.

“Robert, how would you feel about grabbing a pint?” Ben asked.

“Uhh, we’d love to!” I replied. If Ben thought a boys detour to a brewery was going to happen without the wives and children, he had another thing coming.

Turns out, there’s a real “brew-vival” happening in this region, and more than a dozen nano- or micro-breweries have opened throughout greater Charleston. The Scotts showed us to one of the originals, COAST Brewing Company.

We learned that it’s owned by a married couple who started as home brewers, and helped pass the law allowing South Carolina brewers to open up tasting rooms. At COAST, the tasting room is essentially the brewery, so we got a lot of fun insight on the process. And, better yet, I got to taste COAST’s Dead Arm pale ale—a refreshing fruity, spritzy beer.

Throughout our vacation, it always took longer than usual to decide on where to eat. We discovered that North Charleston has amazing ethnic food, owing to the city’s very diverse population and influences. Like a seesaw, we weighed our options: Italian or Vietnamese? Thai or regional Southern? Burgers or Bahn Mi?

That evening, we hit Fratello’s Italian Tavern. I was blown away by the pork loin—wrapped up in cheese, breadcrumbs and prosciutto, and lovingly seasoned with herbs. The only thing that made it taste even better was experiencing it with some of my favorite people. Robert had the handmade “Ravioli de Casa,” which he reported on more than favorably. The rest of our table went for Italian staples in rich creamy sauces with garlicky flavors: fettuccine alfredo, spaghetti and meatballs (spaghetti con polpette), cavatelli. Yum!

Sunday afternoon, we sat in our seats at the North Charleston Coliseum—which has hosted greats like Prince and Springsteen and Dave Matthews. The magic of Disney On Ice proved to be a great end to our weekend, with all four of our kiddos gasping at double-axels and pirouettes.

As the characters took their final bows, Robert and I checked our watches and knew, solemnly, we had to hit the road home.

On our walk back to the car, before saying goodbye to our friends, I had a funny thought. Getting a glimpse of North Charleston made me want to explore it more, but exploring it more only made me want to come back. Of course, there’s no harm in that—looks like we’ve got more memories to make!