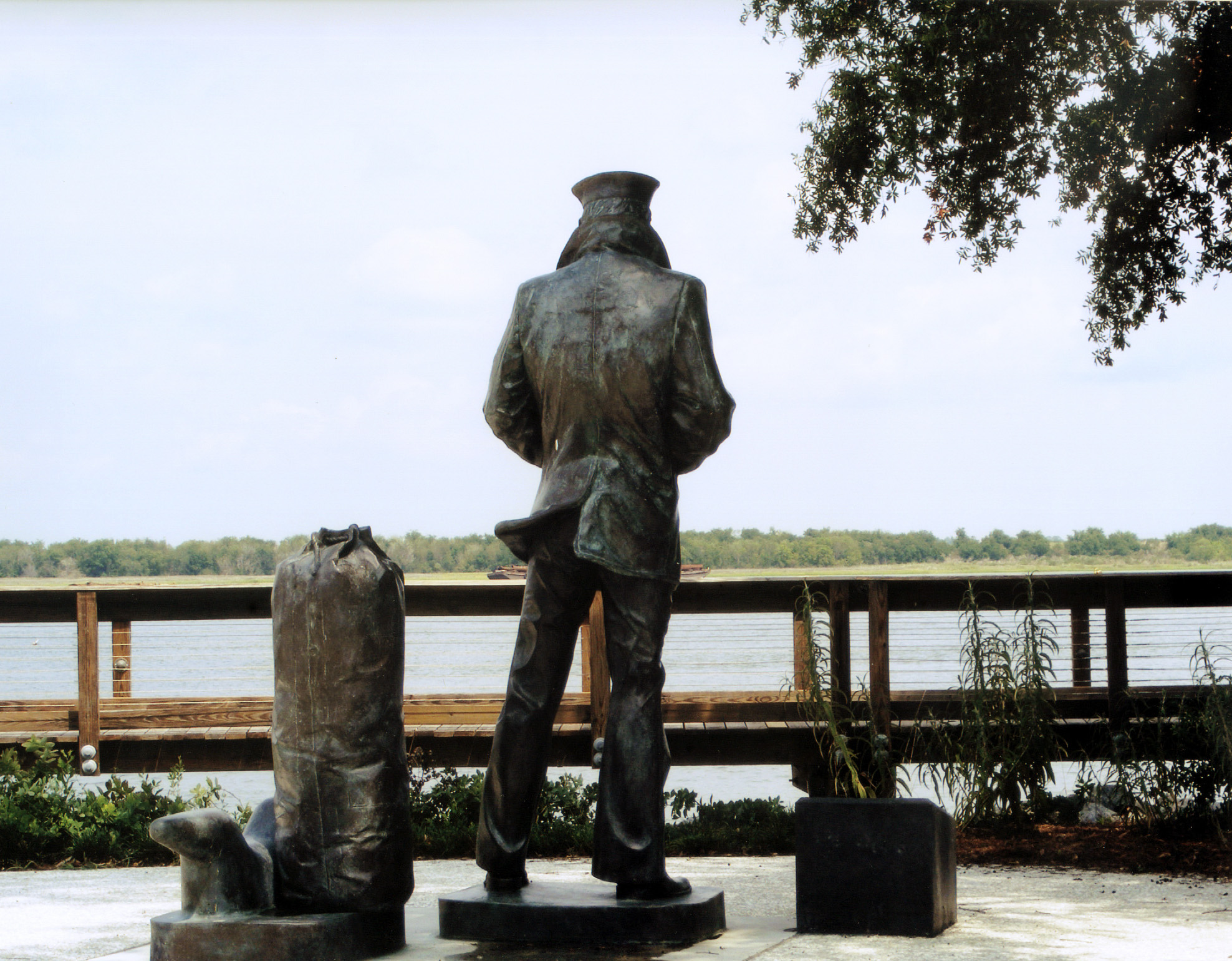 The Charleston Naval Base provided defense for the United States from its formation in 1901 to its closure in 1996. It was originally designated as the Navy Yard and later as the Naval Base. Its impact was great upon the local community, the Tri-County area and the State of South Carolina. Hundreds of thousands of individuals were employed, two hundred fifty-six vessels were built, thousands of crafts had been supported, and millions of dollars were poured into the area’s economy.

In 1999, Mayor R. Keith Summey and the North Charleston City Council felt the City should honor those who served on the base during its existence, both military and civilian.

Dedicated on November 5, 2007, the Greater Charleston Naval Base Memorial features many elements that represent the history of the Charleston Naval Base and Shipyard. Three sculpted bronze ships portray the main vessels that were built and serviced at the Naval Base. Engraved pavers bear the names of those who served and worked on the base. The history of the Charleston Naval Base is told on the story wall with photographs of each era etched in stainless steel. North Charleston is honored to feature Stanley Bleifeld’s sculptures of the Lone Sailor and Homecoming. In addition to D.C., the Memorial is the the only destination with these sculptures in the United States. The many facets allow all visitors a chance to step back in time and truly experience the Naval Base as it once was.

Now a part of our nation’s history, the Charleston Naval Base remains a vivid memory to all who served on the installation. Acquaintances made, friendships forged and a great sense of pride will endure forever for all who were a part of “Charleston Navy” from 1901 to 1996.

We use this space for military reunions, pinning ceremonies, retirement ceremonies, military weddings and much more.

VENUE PRICING: $350 per two hours (rates are subject to change)